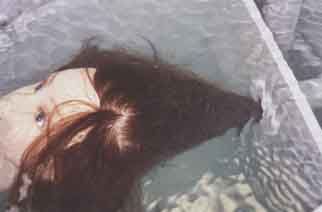 CED Investigative Technologies was retained to offer opinions relative to a pool vacuum system. In this case, the plaintiff was swimming in a pool equipped with a pool vacuum system. This system was designed with a vacuum intake pipe that was approximately 14 inches under the water line of the pool and connected to a vacuum system in a separate pool house. The user would attach a flexible hose to this pipe when the system was in operation and then attachments such as a vacuum brush or an automated vacuum cleaner could be used to clean the pool.

The case arose when the plaintiff, who claimed that they were an excellent swimmer, alleged that while swimming, the vacuum system sucked their hair into the intake pipe, affixing their scalp to the pipe. The plaintiff alleged that the vacuum held their head under water with such force that they could not pull free causing severe injuries with drowning implications as rescue workers were called to the scene. CED was retained by the defense to evaluate the vacuum system and determine if there was a design defect.

The CED team first performed an inspection of the site to document the scene and take measurements, including the suction force generated at the vacuum intake pipe. The engineers then designed two experiments to determine whether the allegations were feasible. First the engineers designed a replica of the vacuum device using the same vacuum system pump from the manufacturer. Using this model, the engineers were able to replicate the pool environment and more importantly the force applied when an object was affixed to the intake of the pipe. The results showed that the force of the intake pipe was very low and even at a higher than normal pump operating speed; the forces were still low enough that a person could pull themselves free. The second experiment featured a silicon mannequin with the same approximate hair length and skull circumference as the plaintiff. The engineers then used this model to determine if the vacuum could generate enough force to suck in the models hair and pull the skull to the intake pipe. This experiment demonstrated that hair being sucked into the intake pipe would not have enough pull to drag the skull to the pipe and that a person could have broken the pressure if they became affixed.

The video and data that were collected and the documentation in this case were very powerful tools for the defense. The defense was able to enter these findings into evidence and prepare for trial with new evidence which led to a quick settlement. CED engineers are constantly developing ways to incorporate experimentation as the basis for their opinions. These results can be powerful and a real asset to any case.