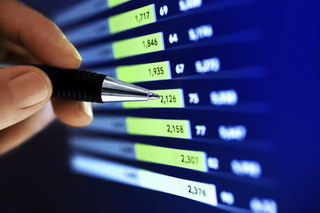 Human Factors Testing – When is it Needed?
Playground Equipment – Is it Safe?
Meet the Expert:  Clyde C. Richard, Ph.D., P.E.

Human Factors Testing – When is it Needed?

Studies show that almost 90% of all accidents involve people.  What is also known is that when designing products, a manufacturer has to consider the people that will use the product.  Human factors is the science of integrating people into the engineering design of products.  Integrating people into designs is not an easy thing to do.  People come in all ages, sizes, shapes and intelligence.  Additionally, people operate products when tired, rushed, and inattentive.  Some people take chances, some people are good Samaritans and try to do things that they should not be doing.

In a number of cases CED engineers have wanted to explain to a jury what a reasonable person would or would not do in a certain situation.  The problem with an engineer explaining any given situation to a jury is that the explainer is an engineer with special technical training and education.  Any good lawyer on the other side of a case can easily point out to the jury that although Mr. Engineer has said that a reasonable person would have done this or that in an accident situation, Mr. Engineer is fully of bias from his technical education and training.  The easy question to put to the jury is “How can he or she with their technical expertise really know what my client, who has no technical background should or shouldn’t be doing in this situation.  It may have been obvious for a technical person to perceive the dangers involved, but my client is not a technical person”.

One recent CED case involved a child who placed his hand into the inlet feed of an operating food processing machine.  The child was in a commercial kitchen with his parents and he had observed his parents pushing meat into the machine.  When the parents were not being attentive, the child stood on a 5 gallon can and reached into the food processing machine’s inlet thereby severely injuring his hand.

An expert in this case proposed that although the opening into the food processing machine had a guard, the guard was designed too large thereby allowing the 5 year old child to stick his hand down the guard and contact the internal moving parts of the machine.  It was proposed by this expert that had the guard been designed with a 25% reduction in the diameter of the guard opening, the operation of the food processing machine would not be hindered and the child would not have been injured.

CED engineers were asked if they were able to evaluate the expert’s conclusion that a 25% reduction in the diameter of the guard opening would have been sufficient to keep a 5 year old from reaching into the food processing machine.  CED engineers decided that human factors testing was needed to properly refute the allegation that the smaller guard opening would have prevented this accident.

CED engineers constructed a colorful and child friendly test rig which included a plastic tube with the reduced diameter and proper length suggested by the expert in this case.  The test rig was constructed in such a manner that a 5 year old child would not really know what the test was intended to accomplish, only that at some point in time that he or she would want to reach into a tube and obtain candy that was at the bottom of the tube.

Several children of similar age, sex, height and weight were asked to be a part of this testing and were asked to remove candy that had been placed in the bottom of the tube with the reduced diameter.  The children were videotaped giving their name, age and then being weighed and measured.  The children were then asked to retrieve the candy from the bottom of the plastic tube.  All the children were able to easily reach into the plastic tube and obtain the candy at the bottom of the tube.  At trial the manufacturer testified that any reduction in the opening size of the guard severely limited the use of the food processing machine.  CED testified and showed the jury the video tape of the children reaching into the smaller size tube thereby convincing the jury that reducing the opening size of the guard by 25% would not have prevented this accident.

In another case CED engineers were asked to determine if a reasonable person would know that an overhead power line was potentially dangerous.  In this accident three adults stated in their depositions that they were totally unaware that overhead power lines could be dangerous if accidently contacted with a metal pole.

CED engineers decided the only way to know what the general population knows about the dangers associated with over head power lines was to conduct a survey of the general population.  General population surveys can be very tricky and a lot of thought has to go into deciding how to conduct the survey, where to conduct the survey, how many people to survey, what type of people to survey, etc.  It was obvious to CED engineers right from the start that unless the survey was designed according to published procedures for conducting such surveys that the results of the survey would be attached and possibly made inadmissible as courtroom testimony.

CED engineers involved a well known statistician in this project to properly design the questions to be asked to the general public and to determine how many people would have to be surveyed to draw a valid conclusion. This conclusion would include that at least one of the three people involved in this accident would  know that to stick a metal pole into an overhead power line was an open and obvious danger that could result in a very serious accident.

Numerous people in the area of the accident were surveyed so that economic conditions, power line design, power company advertising, school education and other environmental factors in the accident area could be correctly represented.  CED engineers did not want to be accused of sampling only white males in Connecticut when the accident actually occurred in rural West Virginia and involved two black females.

At trial, two people testified concerning the question of what people know about overhead power lines.  The first was the statistician who informed the jury of what technique has to be used and how a general population survey has to be conducted to arrive at a statistically valid conclusion.  The second person to testify was the engineer who explained to the jury the condition of the accident site, the type of metal pole that was placed into the power line and the specifics of the survey.  The jury was easily convinced that at least one and most likely all three of the people involved in this accident had to know that raising a metal pole near a power line was an open and obvious dangerous thing to do.

Using scientific studies, research and properly designed human factors studies, CED engineers can develop information that allows a jury to properly understand and determine the role and responsibility of the various parties at the time of trial.  Using charts, drawing boards, pictures and video, CED engineers are able to stand in front of a jury and explain how the actions and/or inactions of the various parties resulted in the accident involved in any given case.

Playground Equipment – Is it Safe? 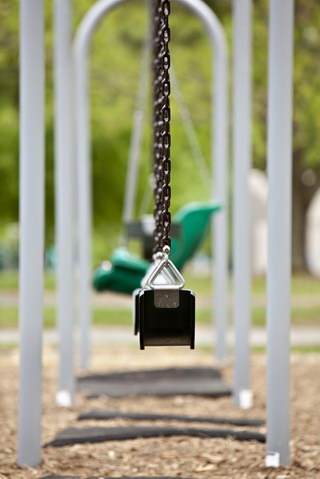 Summer is just about over.  Our vacations have come to an end, and our kids are back to school.  For elementary school-aged kids, recess is part of their daily routine, typically spent on swings, slides and climbing equipment.  For many children, recess may also end with a visit to the emergency room.

If you have a case involving a playground accident, contact CED Investigative Technologies to speak with one of our experts or visit our website at www.cedtechnologies.com. 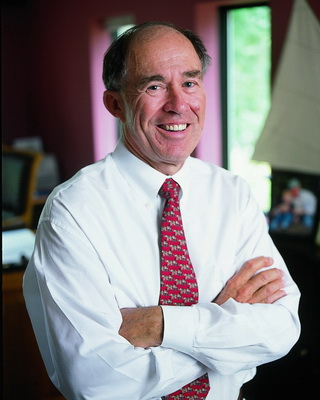 While teaching at the University of Connecticut, Dr. Richard also consulted for the nuclear power generation industry, resulting in an invitation to join the Northeast Utility Service Company as a section manager involved in solving mechanical engineering problems at several different power plants. Dr. Richard left Northeast Utilities to take a position with the Danish Power Consortium as a consultant to the managing director. After leaving the consortium, Dr. Richard continued working in Europe, becoming a department head for Babcock Brown BoverGmbH. In 1976, Dr. Richard became a professor in the Naval Systems Engineering Department at the U.S. Naval Academy, where he taught mechanical engineering and engineering design courses.

Additionally, he performed research and consulting for numerous different agencies including the Navy and the Department of Energy. Through teaching and research Dr. Richard has authored over 29 publications, has two patents and has been a speaker and paper presenter at symposiums in the United States, Europe and Israel.
In 1982, a company interested in applying science and engineering principles to better understand the dynamics of an accident asked Dr. Richard to conduct a forensic investigation. This investigation led to numerous other accidents where Dr. Richard performed experiments and tests in order to determine the likely cause of a particular accident. Some of the tests Dr. Richard performed included testing human subjects to better understand how an adult or child would respond to a certain set of circumstances.

In 1987 Dr. Richard founded CED Investigative Technologies Inc., a forensic engineering company, which has expanded to five offices and over 30 employees nationwide and is regarded as one of the premiere investigative firms. Since beginning his forensic work over 20 years ago, Dr. Richard has conducted more than a thousand investigations and accident reconstructions. He has given numerous depositions and has testified in both Federal and State courts in the United States. Dr. Richard has also been a speaker at several forensic engineering meetings, even traveling to Japan to present the results of experiments on products.

Dr. Richard is a registered Professional Engineer in nine states and a member of numerous professional societies, including the Human Factors Society, American Society of Mechanical Engineers, Society of Automotive Engineers and the National Society of Forensic Engineers.