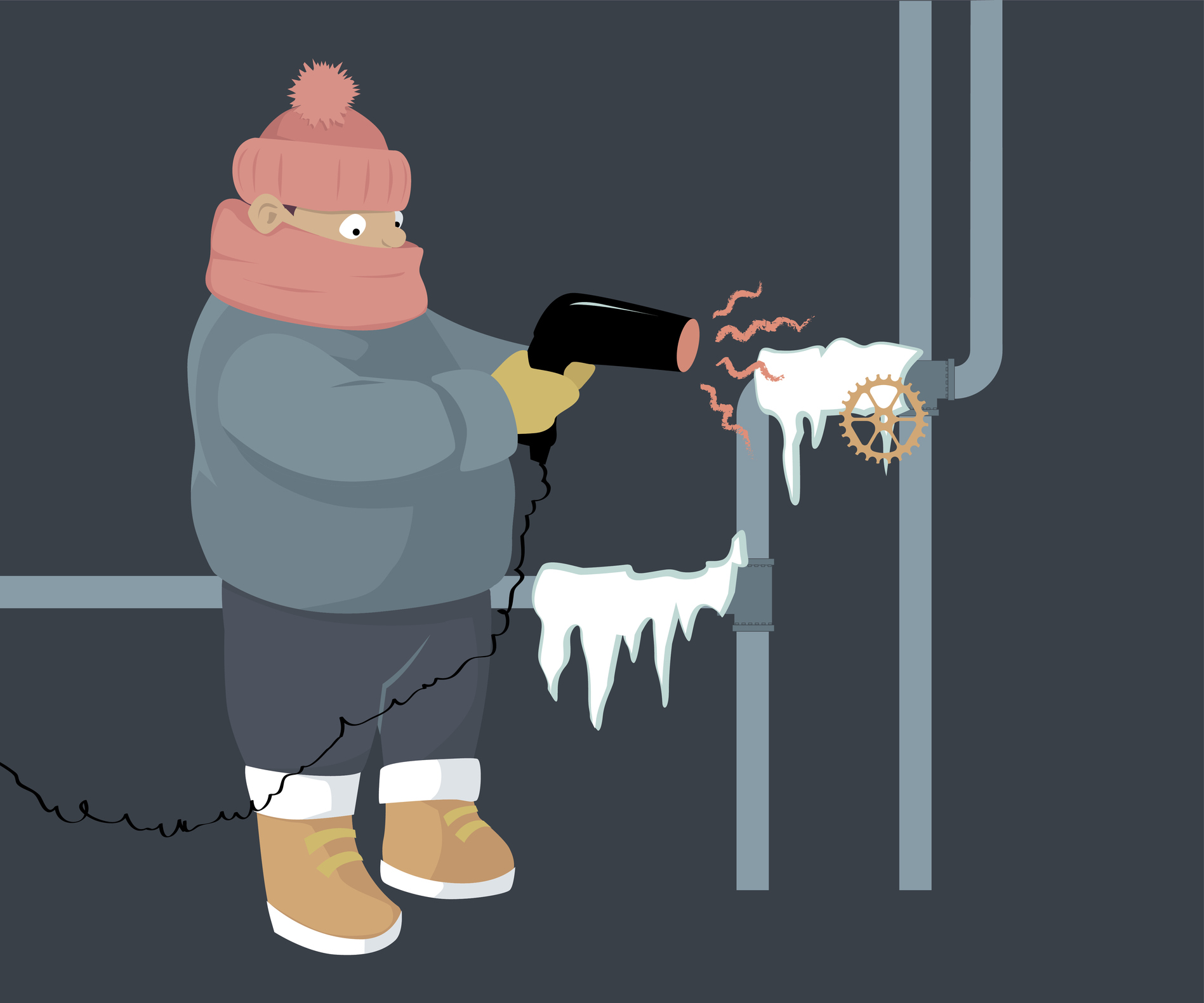 Most home and business owners understand the basics of preventing frozen pipes when the temperatures outside plummet.  Disconnect garden hoses, shut-off and drain outside faucets, and leave vanity or cabinet doors open to let heat get to the pipes.  Maybe even leave a trickle of waterflow to prevent freezing.

But by investigating scores of broken water and sprinkler pipe failures over the years, we have found that it is the not-so-obvious mistakes that cause the greatest damage.  And like many other home maintenance issues, an ounce of prevention is worth a pound of cure.

One example CED investigated recently was a house in Cleveland built in 1885 which underwent a to-the-studs renovation about 15 years ago. Three full stories with 12-foot ceilings, exposed structural timbers, huge windows, and beautiful hardwood trim throughout.  During the renovation, to provide energy efficiency, seven separate central HVAC systems were installed, each with their own thermostat.

Previous to the renovation this property had a clean 15-year history with no issue related to frozen pipes.  The renovation created diverse use areas that did not thermostatically communicate between different zones, i.e., offices with windows utilized solar heating as well having an elevated thermostat setting on lower floors while the third floor was set below 60 degrees Fahrenheit due to the spaces lack of use.  The third-floor thermostat was centrally located adjacent to the stairs. The thermostat location was influenced by the lower floor heating settings and its location next to the stairs.  This influence was so great the thermostat never dropped below its setpoint thereby never engaging the heating system for areas of the third level. The lack of engagement of the third level heating system allowed for the temperature differential to exist between the areas remote from the thermostat.  The lack of air mixing circulation with no heating created a condition that allowed the remote areas to dip below freezing temperatures.  The result was copper water pipes splitting open in nine different locations due to expansion of the water in the pipes when it froze.

Turning down the thermostats on the upper floors probably seemed like a great way to save energy and it was.  But heat energy is required to prevent freeze failures.  And even more important than the heat in extreme conditions is the circulation of that heated air to the locations in the house where heat is being sapped away.

This can even happen in a house with only one furnace if a space heater is used to keep people warm in one part of the house when the central heat is not able to keep the entire house at a comfortable temperature.  If the space heater provides enough heat to satisfy the thermostat, then the furnace won’t run and circulate the air as previously described and the pipes can still freeze on or near the outside walls.

• It is important to keep your furnaces operational by having them inspected at least annually by a qualified HVAC service person.
• Know where water pipes are located, paying attention to potential areas exposed to the coldest temperatures.  The most obvious locations are on outside walls, in attics, and in crawlspaces.
• If insulation gets replaced or added to your house or building, make sure that insulation is outside the pipes, and not between the pipes and the heated spaces.  You want the heat to get to the pipes.
• Avoid anything that keeps one part of the building significantly warmer than another part.
• Consider adding water detectors and alarms to your plumbing system with remote notification if the building is unoccupied for long stretches.

Water damage from frozen pipe failures can be significant and expensive. Choose an expert to help investigate the loss and provide confidence regarding the mechanism of failure of the plumbing system. A forensic engineer can provide the direction needed to successfully evaluate the technical merits of your case.

Have a frozen water pipe concern? Our forensic engineers are trained to investigate these types of cases. Should you have a frozen pipe claim, CED is here to help. 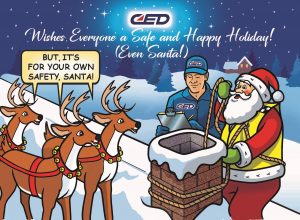