The Difference Between a Biomechanical Engineer and a Human Factors Expert 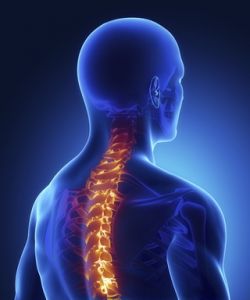 Have you ever asked the question: “What is the difference between a Biomechanical Engineer and a Human Factors expert?”

To help answer that question, let’s start with definitions of both biomechanics and human factors, then consider examples to clarify the difference.

Biomechanics analyzes biological systems using the laws of physics and engineering and is concerned with the mechanical behavior of the musculoskeletal system and tissues as physical work is performed and energy is exerted by or on the body.  Biomechanics includes the investigation of forces that act on limbs and locomotion in general across all forms of life, from individual cells to whole organisms.

Human factors analyzes devices for human use and for optimum interaction between the human and the system. A concise definition by Kantowitz and Sorkin (1983) is: “Human factors is the discipline that tries to optimize the relationship between technology and the human.” A more descriptive definition by Chapanis (1985) states that  “Human factors discovers and applies information about human behavior, abilities, limitations, and other characteristics to the design of tools, machines, systems, tasks, jobs, and environments for productive, safe, comfortable, and effective human use.”

Many human factors advances were the result of military necessity.  The military started to incorporate human factors principles when designing equipment, weapons, and aircraft.  At the outbreak of World War II, the focus was on designing for people’s capabilities while minimizing the negative consequences of their limitations.  This was most evident in pilot error due to problems with control configurations and instrument displays.  The pilot could pull the wrong lever raising the landing gear rather than lowering the flaps.  The levers were next to one another and looked and felt the same.  The pilot perceived they were pulling the correct lever.

Human factors uses scientific knowledge of human capabilities, such as perception and attention, memory and behavior to understand how people interact with the world.  From a human factors perspective, such things as arm reach and seated height should be taken into consideration when designing equipment or a working environment.  When a biomechanist looks at the equipment or machinery, she/he is more interested in trying to determine if a person’s arm could have been injured while operating the machine.

In a slip and fall case, a human factors expert is interested in measuring the floor’s slip resistance to determine if a person could have slipped in the way described.  Also they would look at the visual perception aspect to determine if the injured party would have been able to see the obstruction, ice or hole before the accident, how they responded to the situation and did they have other options.  The biomechanical engineer would look at the fracture pattern and location in the broken wrist to determine if the injury happened as alleged by the injured party.

Another example would be a medical scooter used by an elderly gentleman in an assisted living community.  The gentleman, on a daily basis, had to drive his scooter over a gravel driveway causing a bouncing motion.  After several months of usage, the seat post failed, and the gentleman alleged that the scooter was not properly designed to deal with the bouncing.  In this case, there is the human factors aspect of the continuous bouncing, but there is also a biomechanical/mechanical issue.

After reviewing the chair specifications, the biomechanical engineer discovered the chair was designed for a weight limit of 300 lbs — the elderly gentleman weighed 452 lbs. After running hundreds of tests to determine how long it would take the seat post to fail from bouncing over the gravel road with the extra weight, the chair never failed.  The biomechanical engineer then conducted tests where 452 lbs. was dropped into the chair from heights varying from 1 to 12 inches above the seat. The dynamic loading of the seat post from the elderly gentleman dropping into it was the cause of the seat post failure, not the gravel road.

In a stairway fall case, the human factors expert can measure the railing height, riser height, tread width, slip resistance and lighting to determine if the stairway was code compliant.  Ruling out any code violations, they can determine if the person’s description of the fall could have happened as described. If there are claimed injuries which go beyond the determined causation, a biomechanical engineer can be brought in to review medical records, look at the photographs, etc. to determine if the injuries were actually caused by the fall.

If you are not sure whether you require a human factors expert or a biomechanical engineer, give CED a call as our staff is happy to discuss your case and help you decide which expert best suits your requirements.  You can reach us at 800-780-4221 or info@cedtechnolgies.com.