Vehicular Simulations Do Not Have to Cost an Arm & a Leg

Vehicular Simulations Do Not Have to Cost an Arm & a Leg 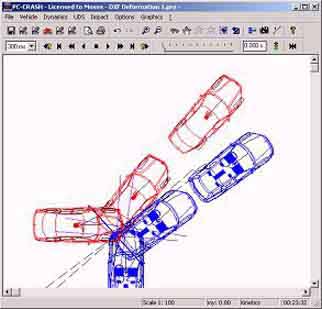 The use of computer animations and simulations are gaining popularity; not only in trial settings but also in mediations, depositions, insurance claims and other risk management areas. The advancements in both simulation and animation software have driven down costs to a fraction of what they were a few years ago. For litigation purposes, it is important to understand the difference between a computer animation and a computer simulation. Animations are a visual expression of an expert’s opinion used for demonstrated purposes. On the other hand, simulations apply scientific principles, data and methods to calculate and display how events occurred.

Simulations are created by entering data into computer models which then analyze the data to reach a conclusion. Animations visually portray the expert’s recreation results, while simulations run off of the data, rendering an image along the way.Because the simulations themselves draw conclusions, they may have independent value as evidence and are thus generally more accepted in courts than animations are. Again, it is the mathematical modeling, along with scientific principles, that leads to the validity of the result from a computer simulation.

Another difference to note is that computer animations are much more expensive than simulations. While simulations have traditionally displayed very basic shapes, animations tend to appear more realistic. Although images in a simulation may reflect exactly what actually happened, the images rendered in an animation have a much more realistic look and feel to them. But the realism gap between the two has narrowed with the advent of new software.

CED engineers utilize a program that has evolved from a simplistic, boxy look to one with much greater realism. PC Crash is a Windows-based collision & trajectory simulation tool that enables the accurate analysis of a wide variety of motor vehicle collisions and other incidents. The subject of a decade of technical validation studies, PC Crash has been accepted in courts across North America and around the world. Thousands of texture-mapped 3D shapes, created for popular computer games, can now be imported into the program to give images a more realistic look.

Animation certainly has a visual “wow” factor and still may be appropriate in getting juries to understand the basic facts in a case. But a simulation will better withstand the legal challenges and can accuraetly display visual and technical data that is easy to grasp. PC Crash is a low-cost alternative that is not only about being pretty-it’s about substantial analysis.