Does this Case need a Civil Engineer or a Structural Engineer? 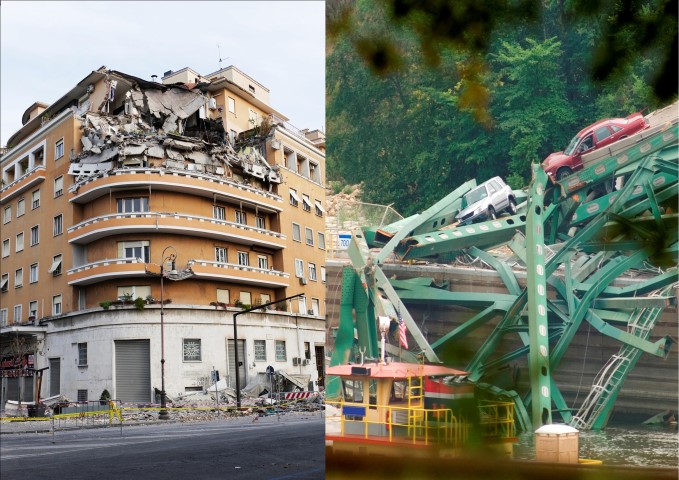 “I can investigate a lot of mishaps; water intrusion, building envelope issues, OSHA compliance, horizontal drilling, building code studies, retention ponds and all manners of construction defects, but when I hear the word ‘collapse' it's usually time to bring in a structural engineer.”

Structural engineers are tasked with looking at the effect of various conditions, such as loading and wind and temperature changes, in buildings and similar infrastructure projects. They might be asked to determine what the possible effect is going to be on public structures, such as freeways and bridges if these roadways are going to be frequently used by trucks and other large vehicles. When these structures fail, or “collapse” one should have a structural engineer to assist with the claim or case.
If a deck collapses, a civil engineer can determine if it was built correctly, following the appropriate procedures. They can determine if it was properly maintained and up to code. A structural engineer can do those things as well, but they can also determine if it was designed correctly. Structural engineers scrutinize the building materials used. They check if the concrete, steel and lumber that are used for the project can sustain the infrastructure for the entire time that it is going to be used. They see to it that the materials will not weaken and put the lives of the people using the building or structure in danger.
Today's structures are tremendously complex. Whether they are buildings, pipelines, tunnels or bridges they have ducting, cables, wires and other systems all exerting various and varying forces on the structure. If the structure fails, a structural engineer will be needed to determine what happened and why it happened.
Cases and claims that involve decks and balconies collapsing, roofs failing and towers and bridges collapsing should all have structural engineers involved in the investigation.