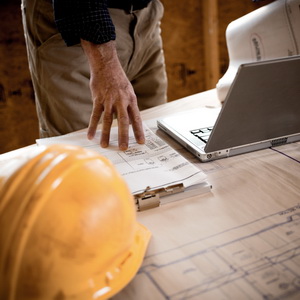 Since man began building a roof over his head, civil engineering has existed.  In ancient times, much of the building was centered around war or preparing for war.  Therefore there wasn’t much of a distinction between military and civil engineering.  An engineer may build a passable road to get an army to where it needed to be and then build towers and catapults to use once they were there.  After the battle, it was back to building canals, bridges and roads that were handy in peacetime.

Eventually there came a split between the efforts of military and civil and the focus that followed.  However, most efforts behind building something still fell into the general category of civil, whether or not it included elements of architecture, mechanics or some other field.

Then around the 18th Century, the industrial revolution occurred, bringing with it new ideas and science that allowed a greater understanding of building techniques.  This is when different areas of science began to define themselves and consolidate into their own specialty.   Architecture spun off into its own field, while mechanical engineering was born as a result of a better understanding of physics.

Civil engineering deals with the design, construction and maintenance of infrastructure.  For example, the construction of buildings, utilities, roadways, runways, water supply, drainage and sewers.  They may draw upon a broad array of experience to get the job done as many areas of expertise fall under the general civil engineering category.

Structural engineering deals with the design, analysis, building and maintenance of load bearing or resisting structures.  For example, dams, skyscrapers, bridges.  Structural engineers ensure that buildings and bridges are built to be strong and stable enough to resist loads such as:  gravity, wind, snow, rain, seismic, temperature, and traffic.

Structural engineers also take into consideration stiffness, so structures do not deflect or vibrate beyond acceptable limits.  Fatigue is also considered for structures that experience a large number of stress cycles over their lifetimes (Bridges and airplanes, for example).  Durability is factored to assure that the structure performs adequately throughout its expected useful life.

Although there are many similarities between Civil and Structural engineering disciplines, there are times when it is appropriate to analyze a situation through the eyes of one or the other.  CED Technologies has both experienced civil and structural engineers among its ranks. Please call us today at 800.780.4221 to discuss a possible case.