Admissibility Standards and the CED Expert 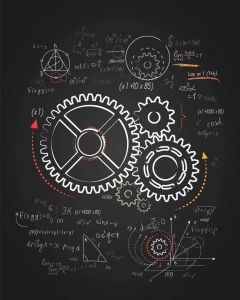 Who is Frye and Daubert?  The latest comedy duo or alternative rock band?  No.

Very simply put, Frye and Daubert refer to two standards of admissibility of expert testimony.  Put another way, they are tools used by courts to keep junk science out of the courtroom.

What is the basic difference between the two?

The Frye standard came first in 1923.  It focused on whether or not an expert opinion was based on a scientific technique that was generally accepted in the scientific community where it was relevant.

As technology relentlessly advanced, a potential disadvantage of the Frye standard became more relevant.  The potential problem originates from the emphasis of, “generally accepted.”  In today's fast paced research and development environment, it is possible for a product to hit the market before the theories and methods it is based on reach a level of general acceptance.  Consider an opinion that is built on a proven scientific method that produced accurate results 100% of the time.  That opinion could still be excluded under the Frye standard because the method used is too new and thus has not yet been “generally accepted” in the relevant scientific community.

Daubert was born out of a court decision in 1993 and focuses on whether the reasoning or methodology underlying an opinion is scientifically valid.  If that reasoning or methodology can properly be applied to the facts in an issue, then it does not matter if it has not yet been generally accepted in the relevant scientific community.  For example, if an expert can reliably prove X=Y and his proof is based on solid scientific methodology, then his opinion is valid regardless if it is the first time his peers have seen this theory or technique applied in this manner.

There are many more requirements and subtleties surrounding these standards that this article does not attempt to address for the sake of bevity.  Interested readers are encouraged to self-research this fascinating and evolving legal standard.

However, when considering the admissibility of an expert's opinion either under Frye or Daubert, the person being scrutinized is the expert.  Once at this point, the expert alone passes or fails the trial judge's litmus test.   Although this is true, by the time a CED expert gets to this level of scrutiny, he or she has been vetted by an internal process that gives cause for confidence under pressure.

CED's engineering stables are filled only with those who not only have a proper academic pedigree but also have real life professional work experience.  Without exclusion, each posse’s excellent oral and written communication skills that are frequently used to explain complicated issues in simplistic terms to clients and juries.  Each CED expert accepts an assignment with the assumption that it will go to trial and prepares accordingly.

Most importantly, a CED expert is not alone.  They operate inside a professional infrastructure that provides protection as well as an environment of continuous training and mentoring.

A separate team inside CED ensures that the engineer will not be entering into a situation that would pose a conflict of interests for them or the company.  While marketing and accounting departments consider how their actions may affect an expert, operations management keeps up to date on any needed certifications or trends that may affect how an expert is scrutinized.

Potential investigations are triaged by other professionals inside CED.  They look to determine which engineers have the proper credentials to credibly accept a particular assignment, meet client deadlines and do so in the most logistically economical way.  It is the practice of CED to turn down an assignment rather than to force a less than appropriate engineer to represent a client.  It is not enough to have the best people; it is necessary to have the best people for a particular situation.

In addition, CED’s standard practice is to include an internal peer review of work, prior to the engineer assigned to the case issuing a verbal or written opinion to the client.

CED is not a collection of individual experts.  Rather, CED is the effort of various professionals working inside a system designed to vet, prepare and optimize an expert for a given investigation.  The result is a CED expert matched to an assignment that is well prepared for a challenge by either the Frye or Daubert standard.