What Puts the “Forensic” in Forensic Engineer? 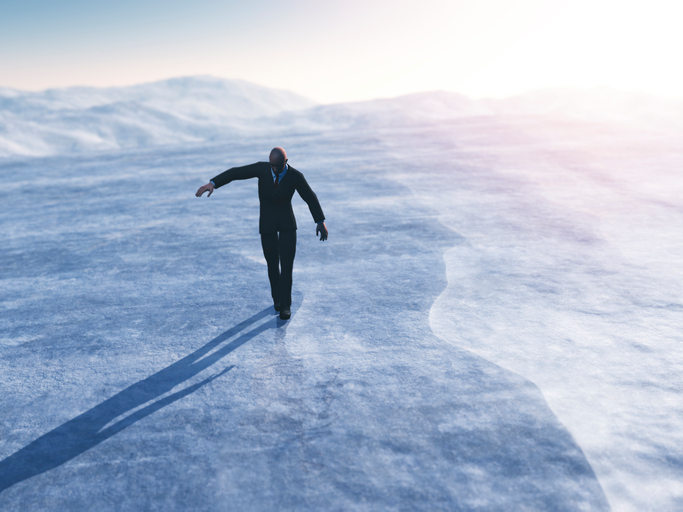 Consider this analogy: At the beginning of an investigation, an engineer is standing at the edge of a vast field of ice. Across the ice and sitting on solid ground are credible conclusions that he can base an opinion upon. His task of course is to safely arrive at that opinion. To do that, he has to cross the ice, which is only as strong as his credibility. His client is following behind, tied to him with a strong rope. Although there may be several paths he could choose to get across, he has to be certain each step rests on a solid supportive base composed of facts, credible analysis and an exhaustive review of relevant material. All it takes is one misstep to send him and possibly his client crashing through the ice sinking to the cold depths below. For this reason, forensic engineers remain very mindful about where they trust their weight throughout an investigation.

Mindfulness on credibility is one of the hallmarks of a forensic engineer. They are not building bridges or designing the next new gizmo. Their end product is an opinion. To this end it is helpful to be curious, creative and take little for granted. Their mind has been trained to remain open to uncommon possibilities. It is not so much that they are trying to find an exception to the rule as much as they are striving to enter into investigations without bias or preconceived notions.
Imagine you are standing with a group of twelve people on a sunny day, looking up at house that sits at the top of a hill. You know that one of the twelve is a forensic engineer, but not which one. You ask everyone this question, “What color is that house on the top of the hill?” Everyone agrees that the house is obviously white. Everyone agrees except one person. This person says, “It is white on this side.” That person is your forensic engineer.
A forensic engineer must also remain vigilant about the dangers of getting married to certain conclusions before all of the data is in and the analysis is over. Although they may have, “seen this a thousand times” they must be ready to abandon this preconception in light of conflicting data, even if much time and effort has been put down that path only to find a dead end.

Often times when a client is first consulting with a forensic engineer and wants to find out what their initial opinion is, the engineer will reply with the immortal words, “I do not know.” This is not a bad thing, because it demonstrates objectivity that will serve the client well as an investigation progresses. In that initial consultation, forensic engineers do often accept some assumptions about the unknown just to create a framework for the conversation. This is done to showcase how they would approach the investigation if these assumptions were proven true. This way the client can get comfortable (or not) about the engineer's experience, communication skills and thought structure. Once the investigation officially begins however, the forensic engineer will then hunt down these initial assumptions like a wounded animal and kill them (unless they prove true, then they live of course).

This next point may sound trivial or obvious, but it deserves the ink. Forensic engineers often tip the balance of a lawsuit in favor of one party over another. Science explained can be a powerful tool. With so much on the line, involved parties retain smart, well-educated and experienced attorneys who become aggressive advocates for their interests. These advocates consider the legal or contractual nature of the case in general and what it would take to win an argument in their client's favor. That is their job. An expert on the other hand is brought in with a limited scope of involvement and only allowed to offer opinions that rest soundly upon scientific methodology. Ideally, attorney client would like the expert's scientific opinion to neatly support his legal argument. This is not always the case. The forensic expert must have the fortitude to stand firm behind the science and not be swayed to opine outside their zone of expertise or credibility, either by a strong advocate or the complexity of the case itself. They know that there is value in offering bad news as well as good because an informed client is in a better position to make smart decisions going forward.

This confidence in communicating with strong advocates as well as the ability to explain complex concepts in simple terms indicates how an expert will perform in front of a jury. Facts and figures may rule the day, more likely still if they are communicated with charisma. It is not enough for the forensic expert to be accurate and correct. He has to convey his opinion and answer challenges in such a way that the jury believes him. These are actually two separate skills. The successful forensic expert has them both.

So far, this article has focused on traits of an individual expert. In the best case scenario, the expert is not alone but supported by his company in many ways:

Finally, a forensic engineer is reluctant to exceed the boundaries of their credibility. This can happen one of two ways. Either the data or case material does not support their opinion or the investigation has evolved into another area of expertise that is not possessed by that particular engineer. For example, a mechanical engineer is investigating a product liability case involving an innovative automatic widget-picking machine. The mechanical engineer tracks the failure to a problem with the three-phase electrical supply needed to power the machine. Although he may understand the power supply, he does not have the credibility to withstand challenge in that area. He must recognize that he is off his safe path and onto very thin ice. He must at that point tell his client that he has gone as far as he can go without losing his credibility and falling through the ice. However he can hand off the investigation to an electrical engineer who has the education training and experience to provide him a solid path across the ice. Whatever path the investigation takes, all CED engineers investigate a case or claim with the assumption that it will go to trial and ensure they have dry feet when they get there.

For more information on CED experts please connect with us at one of the links below or at www.cedtechnologies.com

Connect with a CED Engineer in your region.