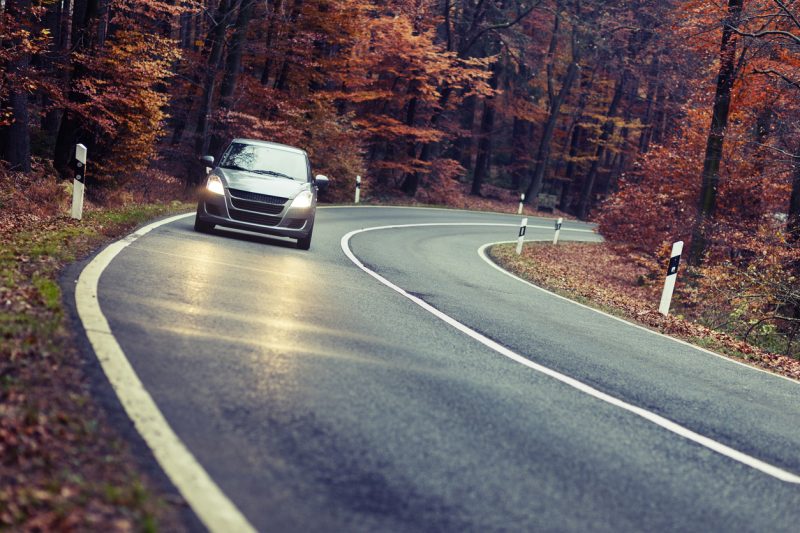 When vehicles collide during low-light hours, there is often a dispute as to whether or not headlights or taillights were illuminated on the involved vehicles. When an accident reconstructionist is called upon to investigate, can he or she prove whether the bulbs were on or off at the time of collision?

Ideally, an expert could be called to the scene of the accident immediately to examine all evidence as it was left after a collision. Unfortunately, this is not always possible and instead, experts are usually called in days, weeks, or months after an accident to look at evidence that has been moved and stored properly or improperly. One of the first things an accident reconstructionist will examine are the filaments of the involved bulbs, looking for “hot shock deformation.”

When a bulb is illuminated, the tungsten filament is heated by electrical resistance to a temperature of 4500 °F. At this temperature, the filament emits radiation in the form of white light. If the impact is severe enough during a collision, several things can happen. The “shock” can break the glass, and cause the headlamp to move violently. When this acceleration from impact occurs, there will be inertial loads imposed on the filament coils. If the filament is cold, it will sustain very high inertial loads without deforming the filament coils. However, when the filament is white hot, the metal is relatively malleable and most impacts which break the glass will also deform the filament. This results in a filament which has bends, bows or other non-uniformity in the coils. In lay terms, if a cold filament is subjected to a collision, the hard brittle filament will break sharply and will not be bent or deformed from its own weight. If the bulb was on, the filament would have been hot, softer, more flexible, and more pliable. If a hot filament is subjected to a violent shock, the filament will elongate and stretch under its own weight. When it cools, it does not return to its original shape, but remains in that stretched or elongated shape. 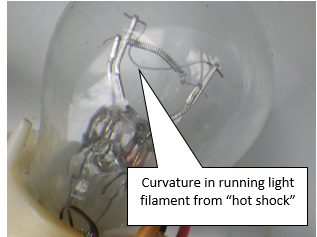 CED Technologies has engineers and accident reconstructionists on staff who can help determine whether or not headlamps were illuminated during an accident. If you have a case or claim and would like to talk with an expert to see if we can be of service, call CED Technologies at 800-780-4221 or Contact us Here 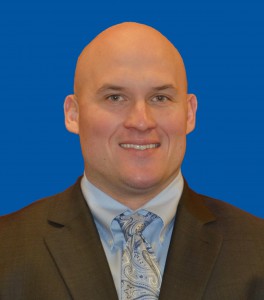