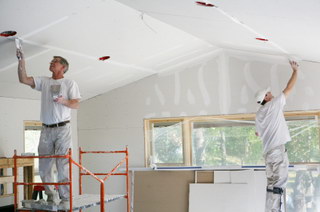 Insurers are poised for a battle over tainted Chinese drywall as the tie between health problems and corrosion in houses containing the drywall continues to be scientifically investigated.  The Consumer Product Safety Commission (CPSC) reported that elevated levels of sulfur and strontium are present in Chinese drywall, but has not confirmed whether those elevated levels correlate to the metal corrosion of copper pipe, heating and air conditioning units, electrical wiring, or health problems cited by residents in recent insurance claims and lawsuits.  Estimated total economic losses from Chinese drywall could reach in the tens of millions of dollars, but the total economic impact on insurers is still unknown.

The critical issue is the drywall off-gassing effect from contaminants sulfur and strontium, which have been found to exist at elevated levels in Chinese drywall. This leads to claims associated with health issues and/or corrosion of critical metals integral to electrical and mechanical equipment in homes. Claimants have reported blackened and corroded metal in their homes leading to the failure of certain components such as premature failures of central air conditioning evaporator coils as part of the central air conditioning unit air handler; intermittent operation or failure of appliances such as refrigerators and dishwashers, televisions and video game systems.  Various health symptoms that are often reported include: persistent cough, bloody and runny nose, headaches, difficulty in breathing and irritated, itchy eyes and skin.

The legal and insurance industries are anxiously awaiting the production of a CPSC or federal agency  protocol for the investigation of Chinese drywall.  Regardless of when the protocol is published, new cases continue to arise that have an immediate need to be investigated.  CED engineers will take a comprehensive approach to address the allegations and any possible contributing factors by Chinese drywall. Our team includes several key areas of expertise in order to more fully understand all of the contributing factors. We start with an assessment by an industrial hygienist of the contaminants affecting indoor air quality and confirm whether they are at dangerous or safe levels.  Unsafe levels of certain air contaminants indicate off gassing of the harmful elements found in Chinese drywall.  Our civil engineering team can conduct an inspection of the building and construction methods, and also confirm the drywall product in place. With a strong background in construction, the civil engineer uses their trained eye to locate corroded metal in homes and determine cause & origin of mechanical failure. Our chemical engineer can analyze samples of drywall material to confirm the chemical composition and compare with drywall composition standards.  This effort can lead to confirmation of origin of the contaminants leading to root cause of the loss.

Obviously, remediation for contaminated drywall in construction has huge cost ramifications.  This concern of the problems with and whereabouts of Chinese drywall will continue as an insurance/litigation issue for a long time.  Contact CED to find out more how our engineers can thoroughly investigate your Chinese drywall matters.