Stormwater Management: From Design to Disaster 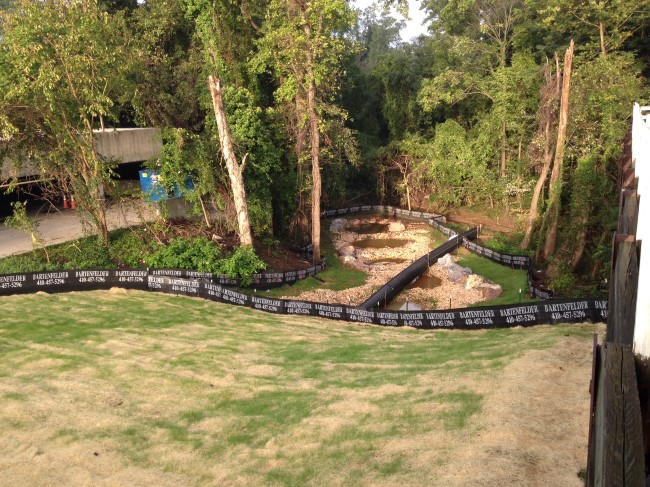 At CED, explaining science is a way of life.  Recently, a large construction project commenced across the street from CED Annapolis.  With daily observations, our staff is able to track the progress and collateral damage of such a project to the adjacent structures.  Whether it be vibration analysis from seismic activity or the design and construction of a stormwater management system, we have real-time data to document to the project.  Construction projects like this one outside the doorstep of CED Annapolis are happening all over the country.

What do hurricanes, excessive rain or snow melt, and large residential developments have in common?  They all contribute to excessive rainfall or water accumulation that ultimately pools and causes flooding. Stormwater is a term used to describe water that originates during precipitation events. It may also be used to apply to water that originates as snowmelt or runoff water from overwatering which then enters the stormwater system. Stormwater that does not soak into the ground becomes what is called surface runoff, which either flows directly into surface waterways or is channeled into storm sewers. The proactive side of these types of disasters is the engineering discipline known as stormwater management.

Take for example there was a case involving a community maintained stormwater management pond adjacent to a claimant homeowner’s property.  The case involved the role of the stormwater pond in basement flooding, which occurred more than 10 years after construction of the pond and the community homes.

One of CED’s civil engineers with experience in home construction and maintenance, stormwater management, and flood damage and mitigation, was chosen to investigate the matter.  Of particular concern was the fact that the client’s basement was flooding, while an adjacent homeowner’s basement was not.  CED inspected the site and evaluated the as-built drawings.  Also evaluated, was the vertical separation between the pond and the two homes in light of local standards for stormwater management design.  The engineer concluded that while both homes were designed with the same basement finished floor elevation, the as-built condition of the basement floor of the non-flooding property was one foot higher than the flooding property.  In addition, the weir (overflow-type dam commonly used to raise the level of a pond) elevation of the pond was level with the finished floor elevation of the flooding basement.  As the stone weir of the pond silted up over the years, stormwater was held up to the elevation of the homeowner’s basement floor, leading to flooding.

Whether a pond overflows and causes a car accident, stormwater pipe failure causing sinkholes, or improper drainage causing erosion and building settlement, civil engineering experts can help.  Engineers with stormwater management expertise are trained in managing the all different aspects of its effects including: control of flooding and erosion, managing and controlling hazardous materials to prevent release of pollutants into the environment, building ‘soft' structures such as ponds, swales, or wetland to work with existing ‘hard' drainage structures, such as pipes and concrete channels, planning and constructing stormwater systems so contaminants are removed before they pollute surface waters or groundwater resources. To find out more about how the CED construction experts can help your case… or to see an active construction project in Annapolis, Maryland… contact CED.

Connect with a CED Engineer in your region.