The Difference Between Metallurgy and Material Science 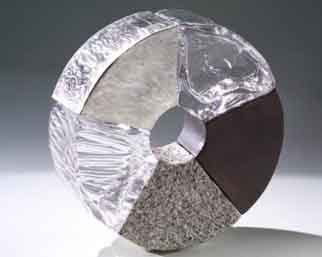 The material of choice at a point in history often defines that period. For example, if you found yourself swinging a bronze sword around 3300 to 1200 BC, you would have been considered hot stuff…as you were wielding the cutting edge of technology at the time.

After the popularity of bronze came iron, then steel which allowed another defining moment in human history: The Industrial Revolution. Soon after came steel alloys and titanium, with the advancement of metal use culminating around the 1960s. Also around that time, anyone considered an expert in materials was called a Metallurgist. This is understandable, as the focus in that period was on steel and the steel alloys that were needed to build the skyscrapers, cars and railways demanded during that time period.

From around the 1980s and forward however, major advancements in the creation and use of plastics, ceramics and other composite materials exponentially increased. Modern manufacturing industries demand materials that not only have a high strength to weight ratios and can be formed into almost any shape, but can also have other qualities such as non-corrosivity and extreme heat resistance or can also act as semiconductors, superconductors and high voltage insulators. These materials are needed to make the super fast computers, light weight cell phones and the fuel efficient commuter jets that are the hallmarks of today's lifestyle.