The Risk of Recreation

The Risk of Recreation 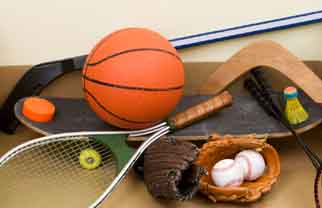 Over 2000 years ago, Roman gladiators stepped into the Colosseum to partake in mortal combat for the entertainment of others. Thankfully, these days humanity has learned to channel its want for recreational enjoyment into more civilized channels. In fact, at no other time in history has the availability of recreational activities ever been as diverse. Technology has given us options that would have been inconceivable 2000 years ago. Ski slopes, mountain bikes, jet skis and paintball guns are just several examples of recreational options that were unimaginable a scant 200 years ago.  Although much less brutal than ancient gladiatorial games, the nature of many modern recreational activities still involves some degree of inherent danger. Indeed, risk associated with some activities is actually seen as a motivator to some individuals and is often heartily embraced. However, since participating in an activity can potentially have both good and bad consequences, the decision to participate is based upon an analysis of the total risks involved.

This risk is basically separated into two parts: the risk that is readily seen and understood and the risk that is not visible or easily considered. As an example, consider an amateur skier, standing at the top of a slope, rented ski poles in hand, in the process of deciding whether or not to push off and ski down. The risk they are considering is likely focused on the immediate condition of the slope in front of them, other people around them that may be collision hazards and whether or not their skill is adequate to safely reach the bottom. If they are comfortable enough with what they see, then they go.

What they may not realize is that there are other, less visible considerations, baked into the risk that they are basing their decision upon. Assumptions made such as the gear they are using was properly designed, maintained, fitted and adjusted to them and the slope they are on is properly groomed, cleared of major hazards and correctly labeled. These unseen risks vary depending upon the circumstances and likely involve other entities who have a duty of care regarding the safety of their products or supervision. It should come as no surprise that it is in this area that litigation often thrives.

Today’s diverse recreational activities often involve intricate equipment and require the contribution of multiple parties. When an injury occurs and responsibility is in question, navigating through the complexities can be challenging. In addition to evaluating recreational equipment for engineering design, material defects, warnings and instruction, CED Technologies can also evaluate human factors and other safety concerns at an accident site.