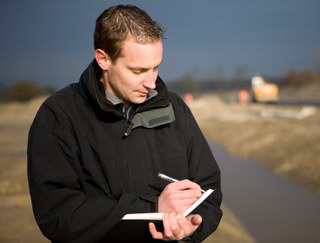 Occasionally, when a case or claim from a loss or accident reaches the point where an expert needs to be retained, a firm may be tempted to bypass the site inspection and retain the expert to structure an opinion based solely on documentation and photographs – due to lengthy time elapsed since the accident.  While this might be acceptable for certain losses, like a fire where the whole property has been demolished and replaced, it can be a grave mistake to underestimate the value of a site inspection by a trained engineer.   In most cases where a CED forensic engineer performs a site inspection, he can provide invaluable insight that can potentially change the entire course and direction of the case or claim.

A good example of the value of a site inspection is a case where CED was defending a vehicle in a multi-car accident at an intersection.  From the photographs it looked as if our client had been the cause of the accident due to negligence.  Following thorough protocol, the CED engineer scheduled a site inspection at the scene for the same time of day as the accident had occurred.  Upon arrival at the scene, the engineer noticed two key details not previously detected from the photos or statements: first, there was a tree obscuring the view of the oncoming cars, and second, the sun was in a position where the driver would have been suddenly blinded.  These observations changed the course of the case and reduced the level of negligence of our party.

The following are just some of the reasons why site inspections are vital:

Site inspections, although sometimes not viewed as vital, are necessary for credible and independent opinions.  Cases can start out on a straight forward position and then sudden move off track and CED can help by using such tools as site inspections to be a powerful asset to the case or claim.  For more information about CED Investigative Technologies, please visit our website at www.cedtechnologies.com or email us at casemanager@cedtechnologies.com.