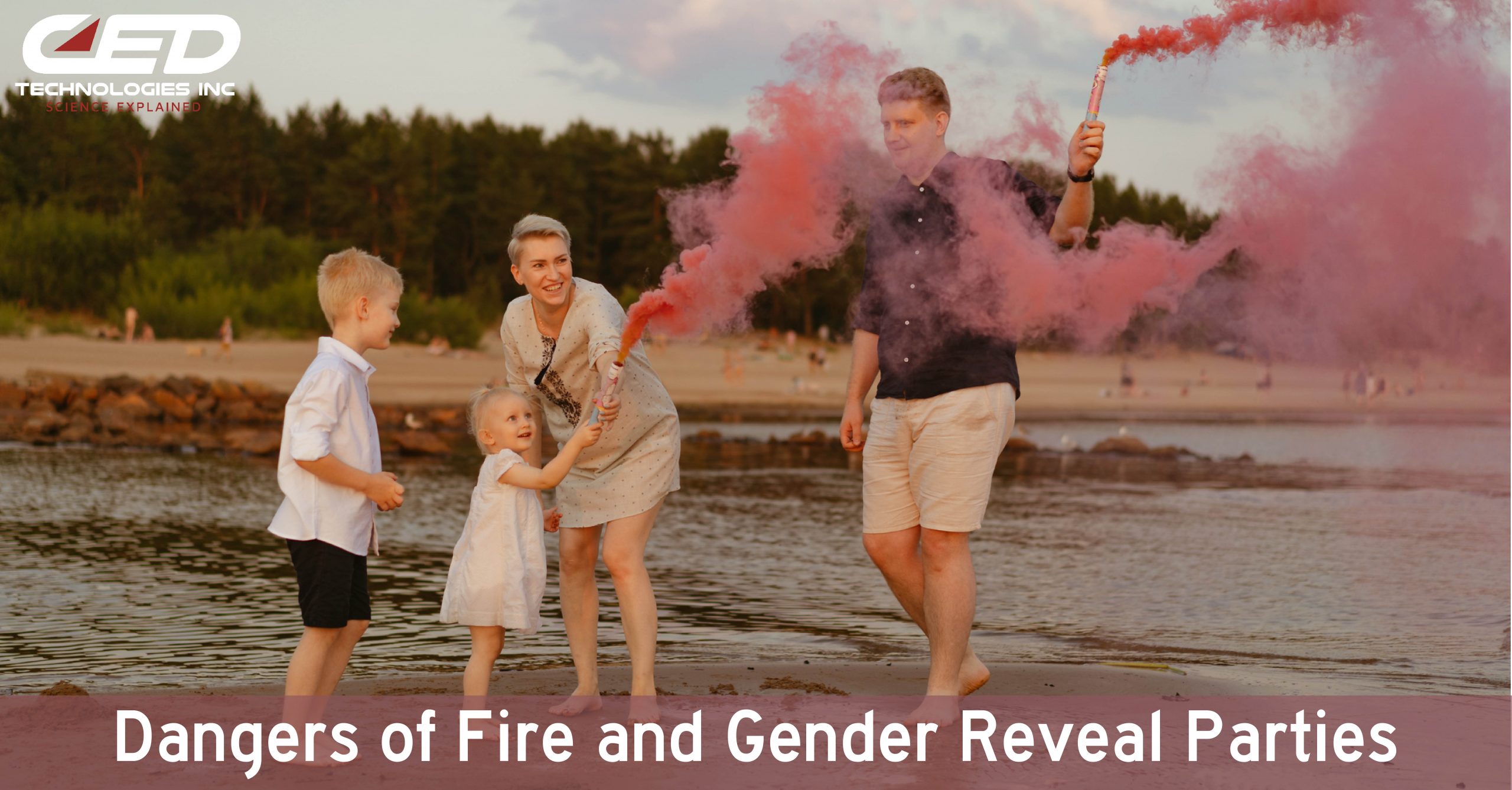 Hearing the words “gender reveal party,” should conjure up thoughts of pastel balloons released in the air and cakes adorned with pink or blue frosting. But since 2017, those words more often remind us of accidental deaths, forest fires, and explosions. These tragedies highlight the extreme dangers of using and making explosives at home.

In 2019, a homemade explosive killed 56-year-old woman in Knoxville, Iowa. The gender-reveal device, filled with gunpowder and welded to a metal base, was meant to spray colorful powder into the air, but instead exploded like a pipe bomb, instantly the woman when a piece of debris struck her head.

In another gender reveal party gone awry in 2017, an off-duty Border Patrol agent and father-to-be shot at a target filled with blue-tinted Tannerite, a highly flammable explosive powder, accidentally starting a 47,000-acre wildfire in southern Arizona. While no people were killed, the man was charged with a misdemeanor and sentenced to probation for inadvertently starting the fire.

More recently, in September of 2020, a couple in a Yucaipa, California set off a smoke-generating pyrotechnic bomb as part of their gender reveal, sparking a fire that went on to burn more than 22,000 acres across two counties. One firefighter was killed, two more were injured, and several homes were destroyed.  The couple was charged in the firefighter’s death.

The cause of these fires seem obvious, but when many fires or explosions occur, the evidence is often partially or completely consumed, making causation especially difficult to accurately determine. CED Technologies, Inc. has highly qualified engineers and fire experts with years of experience investigating accidental and incendiary fire investigations.

The clear takeaway from these avoidable disasters is to not make or use any type of homemade pyrotechnic or flammable exploding devices. If you have any fire or explosion matter, CED’s team strictly adheres to industry standards and relies on years of experience in the investigative process and examination of fire scenes in order to provide you with the most accurate results possible.  If you have a case for review contact us today.