3D Scanner – Not a Futuristic Gadget 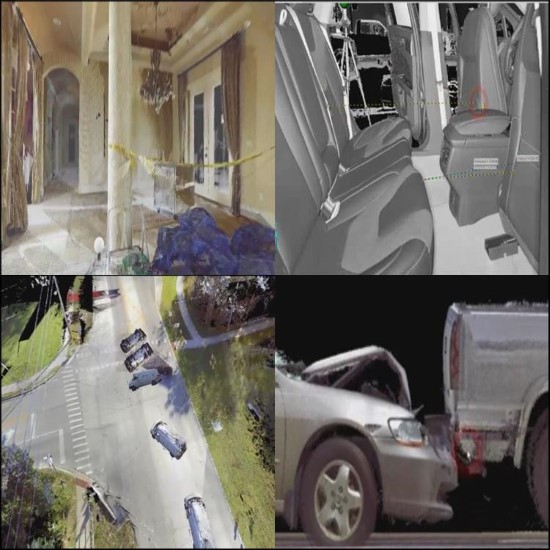 It's 2015.  The year Marty McFly (Michael J. Fox) traveled to, in 1989's Back to the Future II.  We may not have hoverboards or flying cars, but some of the technology we do have is breathtaking and was hard to imagine even a few short years ago.  Items that were futuristic concepts five or 10 years ago have become everyday essentials.  Flip phones from the late 90's may be making a fashion comeback, but would you seriously consider swapping out your smart phone for one?  Even for a day?  An even better analogy might be, would you trade in your laptop for a typewriter?  Manual or electric, your choice?  That's where we are with 3D Laser scanning and forensic engineering investigations.

Forensic engineering and accident reconstruction is a conservative discipline.  Trials, depositions and Daubert challenges ensure that engineers investigating accidents stick to tried and true methods and tools.  The latest gadgets and cutting edge technology must be fully vetted with all the bugs worked out before they are adopted for accident investigations.  Many preschoolers were using digital cameras before the forensic engineering community went away from film.

Ten years ago, whether an engineer was measuring a hairline crack in stucco, the height of risers on a staircase or the scene of a multi-car pileup, they would be using a tape measure or old fashioned ruler.  Accident scenes were measured and documented using the most accurate and scientifically approved methods.  Their findings had to stand up in court potentially years later.  An engineer could spend over 3 hours hand measuring a small staircase where a fall had occurred.  Eighteen months later when investigations and depositions determined that the claimant had actually tripped before reaching the staircase all those measurements were not of much use and the carpet at the accident scene had been changed, since the incident.  Motor Vehicle accident scenes were also hand measured.  Accident reconstructionists and engineers made their best guess at what measurements would be most useful. Then, had to live with their on-scene decisions for years as new facts and details came to light.  There was no way they could measure everything.

Well, now they can measure “everything”.  An accident occurs at an intersection.  The site is investigated and documented by a forensic engineer.  A year after the accident the size and location of a traffic sign is identified as a possible cause of the mishap.  During the initial investigation there is no way for an engineer to know that the traffic sign could be the issue.  So, rather than reaching for a measuring tape he can reach for the 3D laser scanner and scanned the entire intersection, which will include the sign. Now, 12 months later, he can refer to the scan and investigate the full color picture of the traffic sign in question.  He can measure all of the dimensions as needed.  He can determine its exact location and the exact distance (with 2mm accuracy) to any point in the accident scene.  If required, he can also create a “fly through” and show exactly what the vehicle could see, where and when it could see it.

This technology is not new.  This technology has been used by forensic engineers for over 5 years now.  It is no more cutting edge than you pressing a button on your phone and it telling you what song is playing or that you're 10 minutes away from your destination due to traffic. Maybe someone crashed their hoverboard.

For more information on 3D laser scanning, to book a demonstration or to ask questions about a pending case please contact a case manager in your area at 800-780-4221. For a complete list of our capabilities, engineers and expert witness services please visit www.cedtechnologies.com. CV and rate sheets upon request.