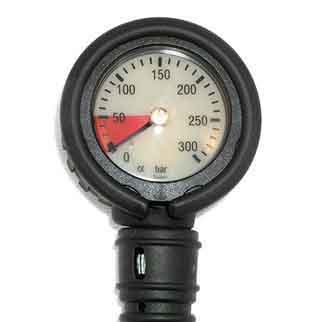 CED Technologies was recently involved in a workplace accident investigation that highlights how important it is to understand the underlying reason why some safety procedures are in effect. As part of a building expansion project, a school contracted to have an expanded chilled water system installed for the school’s air conditioning system. This involved the installation of a series of pipes, which once connected needed to be checked for leaks.

Testing of this nature is typically done in sections. One such section of pipe was capped off using a closed valve bolted to the end of the 16” diameter pipe. During the high pressure test, the bolts failed and the valve exploded off the end of the pipe, fatally injuring a worker.

The purpose of the CED investigation was to determine what caused and/or contributed to this accident. During the inspection of the failed section of pipe, the CED engineer found that although the capping arrangement at the end of the pipe called for 1” bolts, 7/8” bolts were actually used. This in itself is enough to allow the section of pipe to fail under pressure. However, the simple failure of the capped pipe is not what killed the worker. Rather it was the violent nature of the failure that killed the worker….And this could have been avoided.

Testing structural integrity is typically done by pressurizing the piping system with either air (pneumatic testing) or water (hydrostatic testing). Pneumatic testing creates a dangerous situation. Air as with any gas, is compressible. Water, as with any liquid is not. Therefore, air can store far more energy than water when put under pressure. A rapid release of this gas raises the very real possibility of an explosion. Alternatively, a rapid release of water under pressure provides a rather anticlimactic result as the water was never compressed to begin with and thus had no energy to release.

CED designed and built a testing apparatus to examine the piping system involved in the accident. Testing on this apparatus demonstrated that it was not sufficient to merely use the wrong size bolts. A necessary condition to allow the accident was the use of air in lieu of water in pressure testing the school’s chilled water system. Put differently, had water and undersized bolts been used on the day of the accident, then the result of that use would have been merely a puddle of water and a valve that was no longer serviceable due to damaged threads. In this case, the advantage of water being an incompressible fluid is clear – no air equals no personal injury accident.

The code in place called for conducting the pressurized test with water. If the contractor conducting the high pressure test had understood the underlying reason for the code, which called for hydrostatic instead of pneumatic testing, then creation of an unnecessary danger (and thus the fatal accident) could have been avoided.

About CED Marketing
Back To Top
×
Skip to toolbar